The month of July has proven successful for the Labeled Solutions. Great achievements including further implementations of technologies, new contracts and auspicious testing of solutions.

This installation will greatly reduce the CO2 emissions by 14 000 tons per year, along with reducing the number of wood residue truck transport leaving the factory (reduced by roughly 300 trucks per year). This contributed to IKEA’s goal of transitiong to 100% renewable energy by 2025.

The world’s first 3D-printed school has just opened in Malawi, created by the Labeled Solution 3D printing Construction by Holcim. This school was built in record time, with the walls 3D printed in just 18 hours. This technology can also reduce the building’s environmental footprint by more than 50%. Overall, this innovative 3D printing process significantly reduces the time, cost and materials used for building housing and schools. Globally, it has the potential to bridge the education infrastructure gap at scale.

This installation includes all of the components required for a self-consumption solar installation with storage, such as power electronics, lithium batteries, electrical protection, and a communication system for monitoring the installation. The whole system is controlled by artificial intelligence to increase the amount of energy produced and the life of the system. These components are integrated in a cabinet designed to be installed outdoors with a temperature maintenance system able to adapt to the most extreme weather conditions.

This follows the news that the French company had earlier in the year been listed among the Top 105 Solar Energy startups worldwide.

B:bot 100th machine installed in France and presented at the Elysee 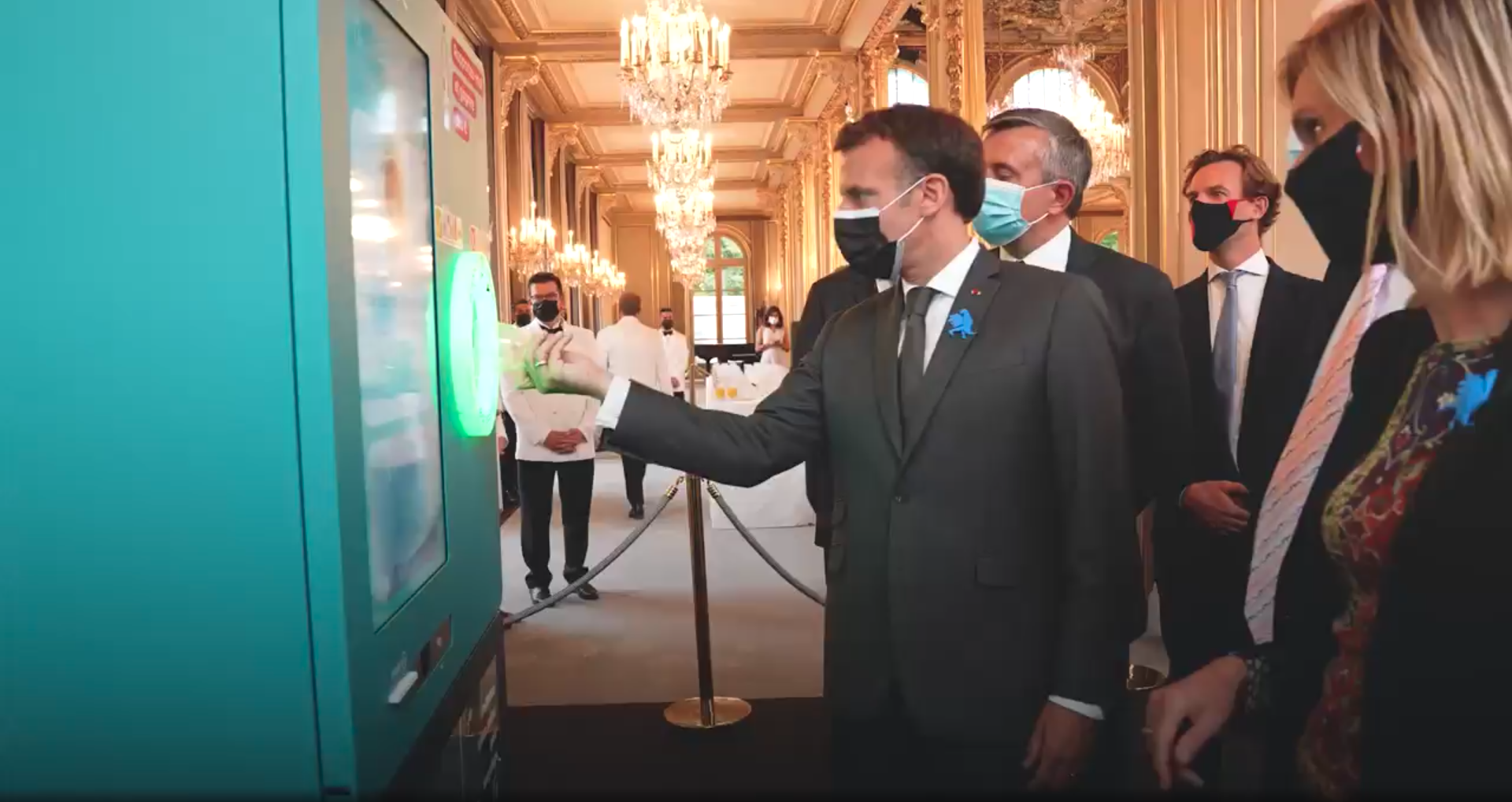 GreenBig has now successfully installed 100 B:bot units in France. B:bot is a solution of less than one square meter dedicated to the collection and sorting of PET bottles.

The technology was also selected as one of the 127 new technologies to participate in the Made in France event for green startups at the Elysee with a B:bot device installed for the event itself. The president of France, Emmanuel Macron, is pictured above making use of the Labeled Solution. The goal of B:bot is to encourage people to recycle more and target a major problem in France as only  55% of plastic bottles are recycled.

HelioRec tested in a wave tank, a new step towards their commercialization 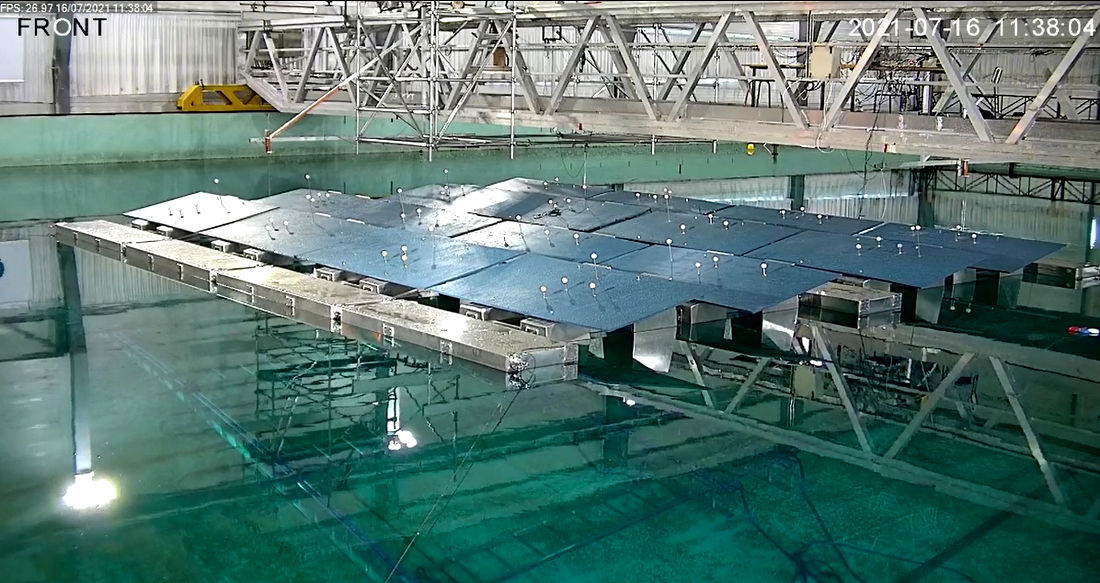 French startup HelioRec has completed testing of its floating solar technology model at the wave tank of Ecole Centrale de Nantes. The two-week testing has seen them build the full scale floating solar prototype to demonstrate that the system is ‘hydro-lock’. Meaning that, it can keep water inside the floater providing additional mass and stability. This avoids extra material costs for ballasting.

The technology was tested against both regular and irregular waves, assessing a variety of parameters. This compact, easy to transport solution leaving no waste (using recycled plastic for its construction) passed the tests successfully. This represents another milestone on their path to commercialization.

The next step will be to install the technology for the pilot project in the Netherlands as part of the PortXL accelerator, where HelioRec was selected among 1000 applicants. 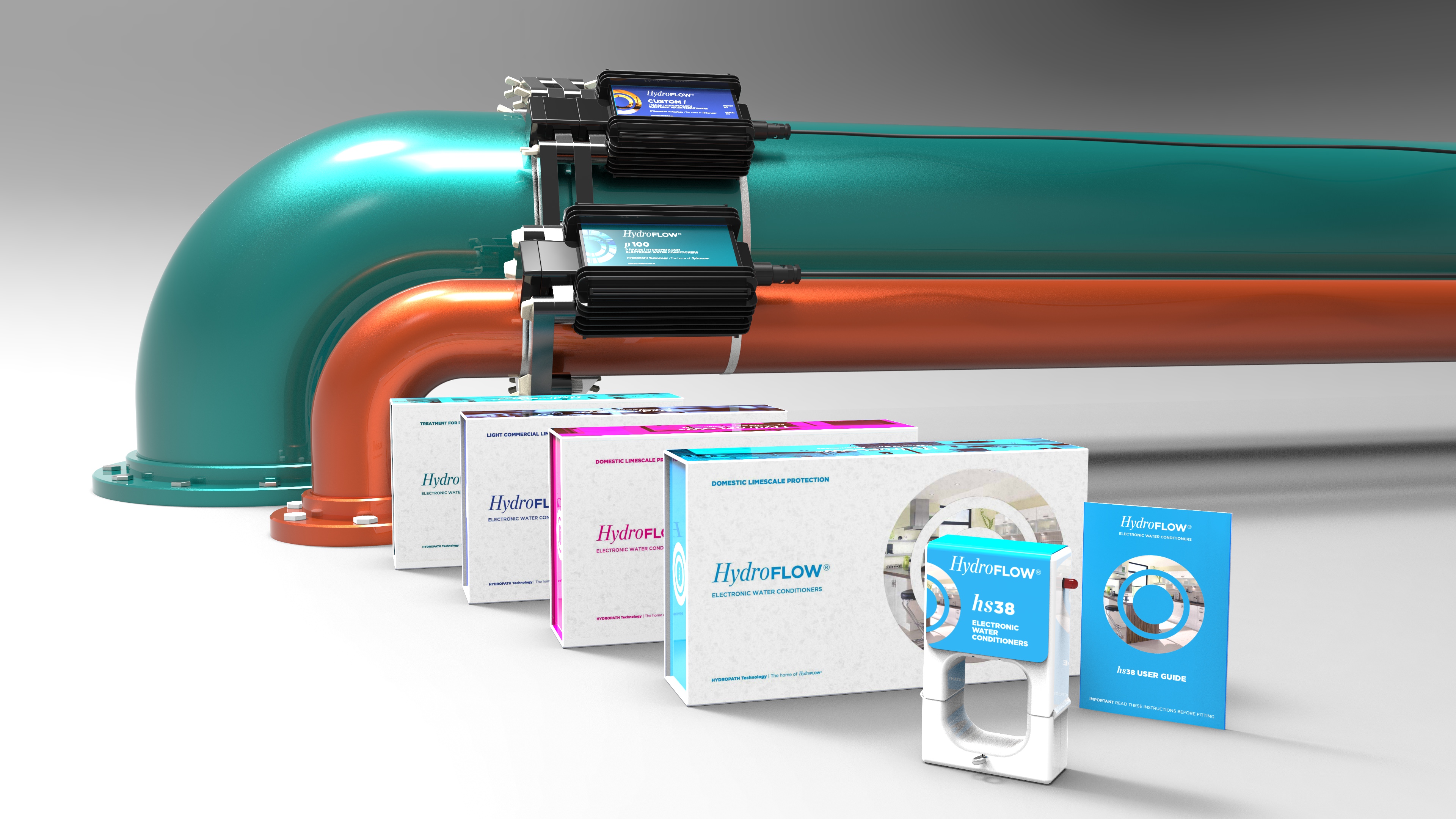 The famous Dairymaid food and beverage manufacturer has adopted HYDROPATH’s HydroFLOW technology in their South African facility throughout 2020 showing excellent results. Dairymaid were seeking non-chemical solutions to reduce their environmental impact, running costs and maintenance. The installation of HydroFLOW delivered impressive results. Dairymaid cited “substantial change in the hardness of the scaling over three months”, with the existing limescale easily wiped off by hand on surfaces, and no new scale forming on any elements was recorded. The results were compared with another site not using Hydropath’s technology, with the comparative site’s tubes being white with scale. 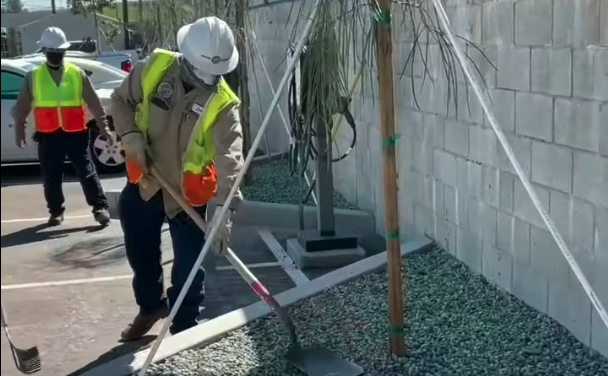 Arqlite’s solution allows to recycle complex plastic into smart gravel, creating a strong and sustainable alternative to mineral gravels from concrete. Their first facility is currently scaling up to treat 1,500 tons/month of plastics processed and diverted from local landfills in California. Other recent achievements from Arqlite include selling their Smart Gravel in bulk to big construction companies and through major retails stores such as Amazon, Home Depot and WalMart, and the Los Angeles department of water and power utilizing their Smart Gravel.

Following their success in California, Arqlite wishes to go global. They have opened a public crowdfounding to combat plastic waste having reached 90% of their goal, collecting $ 500,000. 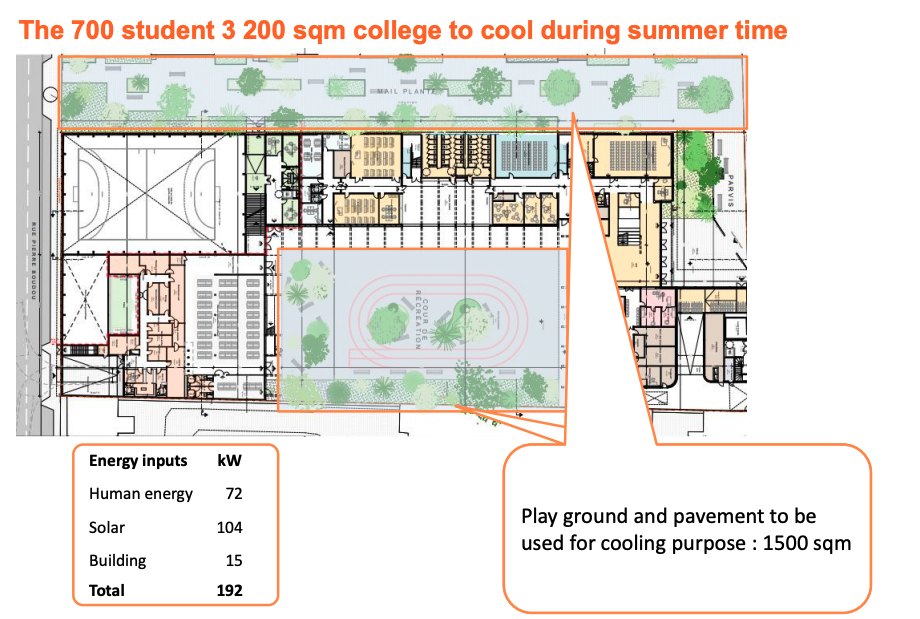 Free heat SAS has cooled its first school using no energy in France using their Geowall technology. Geowall is a simple cost effective geothermal probe which can be installed underneath the school playground. Only 1 square meter of playground underground is needed to cool 4 square meters of school. The first studies show that playgrounds are large enough to fit all the required Geowalls. This first project was installed in a 700-student school near Pariscreating around 50-70 kw at peak cooling capacity, using 50 Geowalls.

As air conditioning becomes a need for students, this solution becomes a sustainable alternative to respond to this increasing demand. The maintenance-free device can produce a large amount of cold momentarily and avoids energy consumption. It also offers a material solution cheaper than alternatively geothermal drilling. 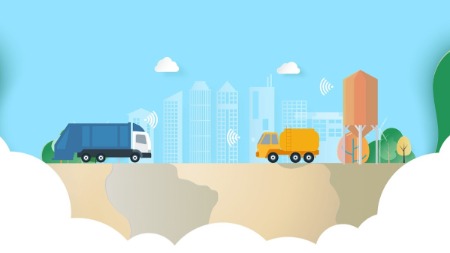 The month of August has proven successful for Labeled Solutions, ending the summer on a positive note. Among these great achievements: new partnerships created, solutions implemented in new markets... 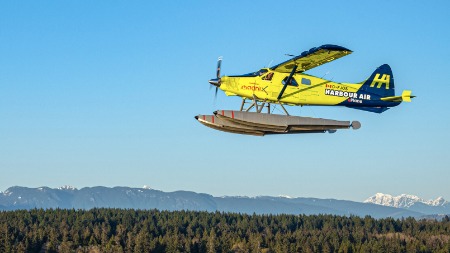 April was the setting for the culmination of four years work, in which the Foundation achieved its long-awaited milestone. As we venture beyond 1000 Solutions, the technologies remain at the forefr...