My speech to Heads of States at the G7 Summit

If I am here today in front of you, it is not because I flew around the world in a solar powered airplane but because I have proof that clean technologies exist and can achieve impossible goals. The good news is that in the field of the environment, these technologies have become profitable, which means that we are not condemned between fighting growth which creates social chaos and keeping the quantitative growth that we have today which leads to environmental chaos. There is a third way: qualitative growth.

Qualitative growth means that we create jobs and generate profit by replacing all the outdated, inefficient and polluting systems, devices and infrastructures by modern ones which are efficient and protect the environment. It means that today we can make more money and create more jobs if we adopt a qualitative growth that protects the environment than if we continue to destroy it. Every country could become “great again” by introducing renewable energies and clean technologies.

Sometimes we need these technological solutions, and Solar Impulse Foundation is now selecting 1000 of them to prove that it is possible. Sometimes common sense prevails on technology. Maritime transport offers us a perfect example. The French Maritime Association has spontaneously written the SAILS charter which suggests a number of commitments for the shipping industry, in order to be much more sustainable. One is to reduce the speed of the boats. By reducing 20% of the speed, cargos would reduce 34% of their CO2 emissions. This means that one third of the emissions could be reduced immediately by a slight speed reduction. They also suggest to put scrubbers on boats’ chimneys, to replace fuel by natural gas for the engines, to install shore power in order to allow ships to shut down their auxiliary engines when docked.

But nothing will change on a large scale if corporations who are resisting against these measures are not obliged to adopt these measures. And this is why the idea of President Macron to create coalitions of countries to enforce these measures is extremely important. Because if you just leave some pioneering corporations take spontaneous commitments, it will introduce distortion of competitiveness which is a disaster for the entire industry. So we need today countries who will oblige the adoption of these spontaneous policies on a global scale.

Now, when we speak about pollution and climate change, it is quite obvious that it touches the chapter of inequalities and it’s extremely relevant that inequalities have become one of the main themes of the G7. Inequalities are not only morally unacceptable, they are also stupid economically because they keep half of the world out of consumption. It is not easy to understand why the capitalist system wants to renounce to half of its consumers. It is also dangerous because people who have nothing to lose will always take revenge. Inequalities create hate, violence, and social instability, which at the end is dangerous for the rich countries and rich people too.

So I believe people who say that the problem comes from capitalism are wrong. While the goal of capitalism is to increase capital, what we are doing today, is we are destroying our capital. We are destroying human capital by squeezing salaries so much that people don’t have enough to live on. We are destroying natural capital by depleting natural resources, by polluting the air and the ocean, by changing the climate, by putting poisonous chemicals in food... This means our world has become crazy. And what we need urgently today are leaders who can put some order in this crazy world. I deeply hope that it will be you and I wish you good luck. 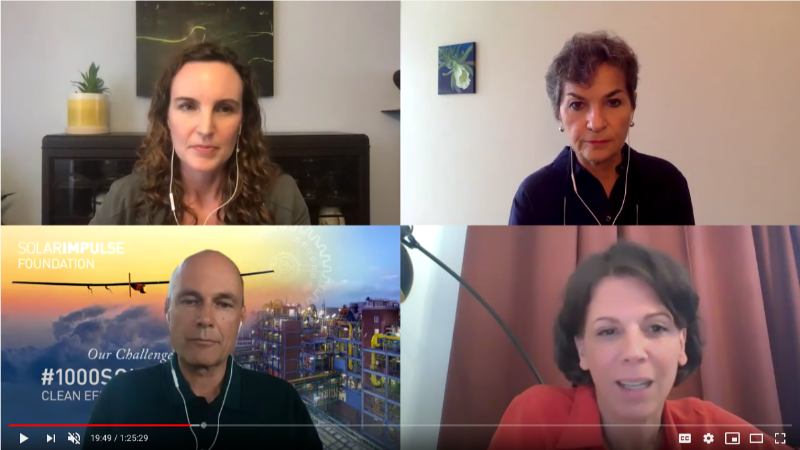 On July 9th 2020, Bertrand Piccard participated in a debate hosted by the New York Times to explore the hard-earned lessons of Covid-19 and how to apply them to climate change.The debate, first eve... 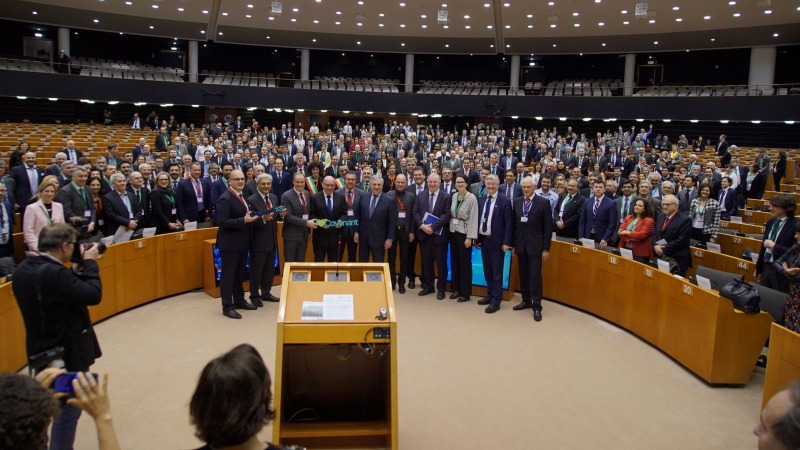 Following our collaboration with the Covenant of Mayors in November 2017, we ceased the opportunity to prepare the first World Alliance for Efficient Solutions event. What better place to bring cle...