Fifty years after the Meadows report on “Limits to Growth” and the first Earth Summit in Stockholm, the Stockholm+50 meeting is being held this week on June 2 and 3. Anchored in the Decade of Action, under the theme "Stockholm+50: a healthy planet for prosperity of all - our responsibility, our opportunity", will this high-level meeting be the last or will we have to wait another 50 years?

Fifty years ago, I was a teenager from the generation of the ‘Trente Glorieuses’ (the 30 year post war boom). The world was bathed in an enthusiastic discourse which, under the cover of progress and growth in all directions, spoke of the economy more than of the environment.

Within this context, my father, Jacques, was also a pioneer. After touching the bottom of the oceans, he participated in the Earth Summit. It was a time when ecology was so absent from the political arena that many governments found themselves powerless. Iran then asked my father to lead its national delegation to the first international conference on the environment in Stockholm in 1972. It was not yet a question of climate change, but of pollution, overpopulation and depletion of natural resources. I remember my father being very concerned about the findings of the Meadows “Limits to Growth” report. How could we envisage an economic growth that we wanted to be infinite with limited planetary resources? He showed me projections that in 2030, if nothing changed, the world's population could experience a catastrophic collapse. Prophecy? Dystopia? With the ransacking of our natural resources, was humanity running to ruin?

The first Earth Summit 50 years ago in Stockholm paved the way for environmental diplomacy with the creation of the United Nations Environment Program (UNEP). For the first time, ecological issues reached the international level. The environment was finally recognized as a fundamental right, and even a duty.

It was the time when mercury was thrown into the sea, phosphates into rivers and CFCs into the atmosphere. Faced with the absence of technical solutions to do better, there were only two possible approaches: degrowth, rejected by almost all players, and regulations, fought in the name of the freedom to do business. Nevertheless, rules were established and partially applied, leading to certain successes such as the repair of the ozone layer and the fight against industrial fumes which were causing the death of forests.

At the third Earth Summit in Rio de Janeiro in 1992, the 170 Heads of State signed a program of sustainable actions that would not alter economic development. It was the advent of “sustainable development”. It was no longer just a question of pollution, but of living in harmony with the environment. Great intentions, but still no solutions to implement.

Today climate change is at the center of all discussions, but these should not make us forget that the other problems are not really solved.

This week, I will represent the Solar Impulse Foundation at Stockholm +50 as United Nations Ambassador for the environmental program created 50 years ago. My mission will be to continue the work initiated by my father, and I hope of erasing a posteriori the frustration he felt there. It has contributed to this awakening of ecological awareness. He did the maximum with what was possible in 1972, with the utopia of protecting the environment and humanity. He dreamed of being able to reconcile opponents and advocates of degrowth. But how could the infernal march of what had been called the consumer society be stopped? The economic and financial imperatives were such that the fight was unequal. There were simply no solutions to protect the environment while allowing the economy to develop. This is what has changed in fifty years.

The family experience put me on the path of realism, with the desire to achieve tangible results independent of one's own ideology. Whether you are left or right, green or industrial activist, it is a question of finding our common interest. It is in this sense that I now want to show what can be done after 50 years of scientific research. I want to highlight the more than a thousand concrete solutions that protect the environment in an economically profitable way and that my Foundation has selected over the past 5 years.

We can finally get out of the dilemma between a polluting quantitative growth and a decrease respectful of the environment, but risking in the long term to lead to social chaos. While in 1972, unifying solutions did not exist, in 2022, we have a plethora of them. We have now entered a new narrative. We can reconcile extremes with solutions that become economic and industrial opportunities as well as ecological ones. But these must be efficient, in the sense that they allow better results to be obtained while consuming fewer resources. For them to impose themselves in the world, it is not only the infrastructures that must be modernized, but also the legislation so as to incentivize their implementation much more. This is what the participants of this Summit should devote themselves to.

Stockholm 1972 served as a forum for expression, but was not followed by major changes. This environmental awareness was essential. Now that things are known and that the solutions exist, there are no more excuses not to act. Stockholm+50 must be the last Earth Summit, otherwise these summits will keep happening until it is too late. 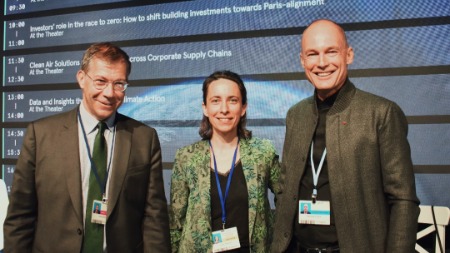 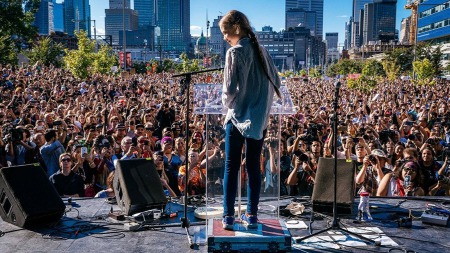 Who are Greta Thunberg’s detractors?

The politicians and industry leaders offended by Greta Thunberg's call for us to “listen to the science” are not just responsible for the inaction in the face of the climate crisis, they are also t...