How can we tap into hydrogen’s potential to achieve clean, secure and affordable energy?

With more than 10 million metric tons produced annually in the USA, hydrogen production is estimated to be a $100 billion industry. The buzz around conversion of electricity into hydrogen is due to its energy density allowing large amounts of energy to be stored compared to battery and large scale (e.g. pumped hydro) alternatives.

Today the conversion efficiency of electrolysis is around 50-70 % and MW scale units are coming on-line (ref. Fig 7, IRENA 2018 Report) .

The Experts of the Solar Impulse Foundation, in occasion of the Expert challenge in Munich, discussed how hydrogen economy and its intersection with energy storage on the medium-term scale should be a key priority in building a sustainable future.

The participants of the roundtable discussed the issues related with current hydrogen production methods. While a wide variety of fuels can be used to produce hydrogen (including renewables, nuclear, natural gas, coal and oil) at date, approximately 95% of all hydrogen produced in the world, is obtained via separation of hydrogen from carbon, often starting from natural gas (methane) or coal (ref. Fig 6, IEA 2019 Report). Indeed, producing hydrogen from low-carbon energy and renewable remains costly for now, but has the potential of becoming more affordable in the future considering both the expected decline in renewable energy costs as well as the increased capability of scaling up hydrogen production.

Alongside the improvements required in the supply field, energy storage can play an important part in improving hydrogen systems integration. There are few energy vectors that allow storage over the weeks-to-months time frame and so hydrogen can fulfil a critical role in supporting intermittent renewables.

If the storage and distribution challenges with hydrogen can be solved, the potential impacts are far reaching. Hydrogen is extremely versatile, intersecting with large-scale industries such as fertiliser, chemical and steel manufacture. It provides a much needed pathway to deep decarbonisation in these industries that consume large amounts of energy.

In addition hydrogen can be blended with natural gas to decarbonise existing thermal applications and may be ideal for heavy transport such as ships and trains.

Nevertheless the public visibility of hydrogen’s full potential remains low. Media coverage is often focused only on personal transport applications despite these being very small markets, even after decades of development.

Pragma launched a Hydrogen bicycle, at about 7,500 euros per bike , and at least 30,000 euros for a charging station, the bikes are too expensive for the consumer market, but the company is working to cut that to 5,000 euros. Reducing costs at the small scale will ultimately improve market penetration of the technology, however the technology is currently better suited to heavy industries and long-term energy storage that have fewer options to decarbonise.

The good news is that proven hydrogen technologies are already available today and can play a significant role decarbonising both transport and difficult energy-intensive processes (ref. 2019 IEA Report). Indeed, some of these Solutions are already part of the 1000 Solutions portfolio, for instance: HYPE, Hydrosil, and Smart Energy Hub.

From the roundtable debate, the Experts highlighted the need of lowering the capital costs of hydrogen infrastructure and to advance technologies where use of hydrogen provides a performance advantage. Stakeholders such as governments, industries, and the private sector need more public support, giving them confidence to pursue the full environmental benefits that hydrogen can enable. 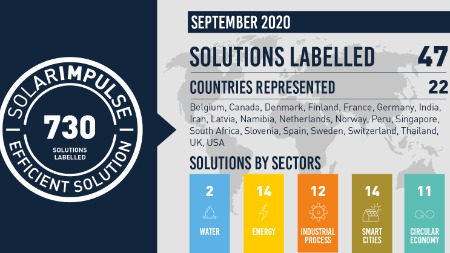 We're getting close to achieving our challenge of labelling #1000solutions that protect the environment in a financially profitable way with only 270 until to go and 730 in the portfolio. Check... 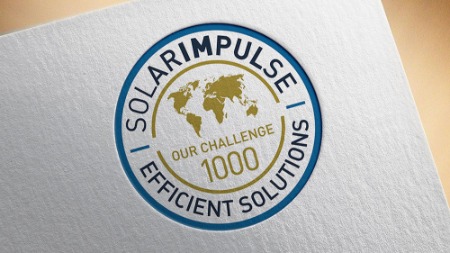 Despite stricter COVID-19 restrictions coming into place around the world, the 1000 solutions community has had a strong month marked by new partnerships, new production sites, financing rounds and...