THE TOPS AND FLOPS OF COP26. It took a long time for the heads of state present at the various COPs to commit to doing something. Today the goal is clear, but achieving it remains to be determined.

We landed in Glasgow last night surrounded by zombies and skeletons. As if there was a need to heighten the horror atmosphere of Halloween costumes in the foggy cold streets, the lines for the Covid tests made me feel as if we had already arrived in the catastrophic world that we are desperately trying to avoid. Though talking of anxiety concerning the future leads to more depression than action.

The good news is that political leaders understand the threat that's upon us. Finally. The notion of urgency is the singularity of this COP26. The deadlines are approaching. The target dates mentioned at the time (2030, 2050) seemed distant to those in power who no longer imagined themselves in power at such a horizon. Yet now we are so affected by natural disasters that politicians are impacted during their tenure. They are now being judged, not just by future generations, but already by their current voters.

So what does it mean to act?

In the first COPs, we were only rehashing the problems, today the speeches express the desire to achieve concrete emissions reduction targets. However, I am not absolutely sure that those who understand the "what" - the goals to be achieved - really understand the "how". And this is where we risk wasting time.

Why ? Because many participants wanting to protect the interests of their country fear that emission reduction measures will be detrimental to their economy. So they walk on tiptoes when it comes to making binding commitments.

Therefore we must change the narrative of an ecology based on sacrifice and of economic degrowth. The ecological transition should be stimulating!

The multitude of financially profitable solutions that help protect the environment are there to prove it. The message must be clearly hammered out: popular pressure, the imminence of carbon taxes, the disproportionate cost of pollution, but also the financial advantages of energy efficiency and the low price of renewable energies, leave no chance to status quo.

Indian Prime Minister Narendra Modi clearly told me this afternoon his interest in this type of solutions. In my opinion, these could allow him to achieve carbon neutrality earlier than in 2070, a target he announced on the platform. Nicola Sturgeon, First Minister of Scotland, is more ambitious having the same objective but for 2045. This is why after 3 years of partnership, I gave her today a selection of 200 solutions, like a toolbox to reconcile ecology and economy. Encouragingly, a meeting was also held with the Scottish Minister for the Economy and Finance, who is as interested in COP26 as the Minister for Ecology. The times are changing...

For this COP to be a success, we must demonstrate that the interests of everyone can converge: industry, political, business leaders and environmental activists. Switching from utopian speech to an eco-realistic language will reduce resistance and allow financial targets to be achieved in ways that protect the environment, and do not destroy it.

I believe changing the way we invest our money is crucial to fight climate change and build a more sustainable economic system. I believe we need to be much more vigilant about where our investment... 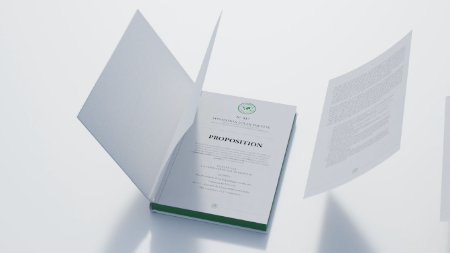 Climate is changing? So must the laws!

Now that they are elected, what will the new French members of parliament do in the National Assembly? Laws. It is their role to pass legislative texts intended to frame behaviours and guarantee li...