For too long, biodiversity has been the oft-ignored ugly twin of climate change. This is partly explained by the fact that there are concrete technical solutions aligned with the notions of the market economy to combat climate change, while biodiversity will be better protected by behavioral changes brought about by rules and binding legislation.

There is also the - erroneous - perception that biodiversity remains the domain of "nature-lovers", of those who believe that nature should not be touched because it does not fit into the framework of the "real" economy.

This gap in attention between two themes that are ultimately two sides of the same coin – the ecological transition - is all the more surprising given that the recent analysis of Planetary Boundaries published by the Stockholm Resilience Center clearly shows that the loss of biodiversity is even more critical than that of global warming and that their causes are linked. However, we can hope that a historic agreement will be signed in Montreal in a few weeks, and that it will be for biodiversity what the Paris Agreement was for the climate crisis.

Unjustified cries of alarm? Exaggerated expectations of failure? I often invoke the fact that protection of the environment is a tremendous window of opportunity for economic development and that solutions exist to seize it. However, it is a window that is rapidly closing and if we do not act decisively, I fear that will soon no longer be the case; there will indeed be nothing more to develop.

Invisible and taken for granted, the defense of biodiversity is essential in this regard, as it supports our entire economic system. Scientists estimate that the economic value of global ecosystem services, the vast majority of which are not really accounted for, is between 120 and 140 trillion dollars per year, which is enormous compared to the total value of the world global economy which was “only” about $94 trillion in 2021. We therefore need to ensure that the true cost of using these resources is factored into our economic system.

To do this, I would like to insist once again, on this biodiversity day at COP27, on the fact that it is fundamental to apply the concept of efficiency here too: obtaining a superior result by consuming fewer resources is the best way to make environmental protection economically profitable. Ecosystems would be much healthier if we put less strain on them – and technologies exist to enable us to do so.

However, technical solutions will not be sufficient without profound changes to the legislative and regulatory framework. We have seen how beneficial it has been in other sectors when laws are modernized to really accelerate the transition. What applies to energy, mobility and construction also applies to biodiversity.

But above all, we must put an end to the current hypocrisy which consists in criticizing deforestation and illegal fishing while continuing to buy its by-products, such as soya and palm oil, which use the same destructive practices of natural ecosystems. This, not taking into account the conflicting commercial interests. Just remember that a former French Prime Minister refused to receive the Amazonian leader Raoni in his residence of Matignon because he was trying to sell fighter planes to Brazil at the same time...

Without forgetting common sense to approach the situation in a slightly more logical way. Even from the perspective of capitalist doctrine, the way our world is destroying natural capital, and impoverishing itself as a result, is incomprehensible. We are not in capitalism, but in short-term selfishness. It's time we all demanded safeguards. The day after we exceed 8 billion people on the planet, the vast majority of whom quite rightly aspire to improve their standard of living, there is no other option than to refocus our economy on our (natural) capital. 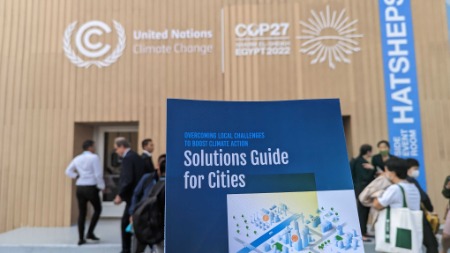 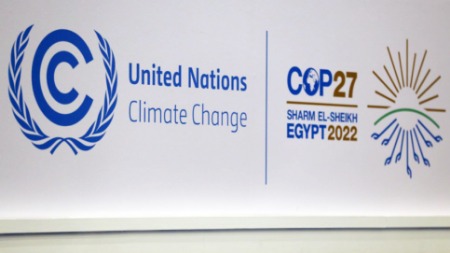 Will COP27 have Sharm?

With every climate conference approaching, too much expectation creates frustration, but not expecting enough shows a lack of ambition. How to navigate between optimism and pessimism? Those wh...