When addressing the topic of energy in the context of the ecological transition, the trilemma “available, affordable, sustainable” often comes up on the table.

COP 27 is no exception to the rule, because an energy source will only appeal to political and economic decision-makers if it is available - therefore easy to exploit -, if it is cheap - because it is the first quality for users -, and at the same if it is sustainable - to be in line with the Paris Agreements. But aren't there other equally important criteria to consider?

On this day when the theme chosen by the COP is that of Energy, let us observe the evolution of this trilemma in the specific case of renewable sources. At the time of the first Rio conference in 1992, the choice to use clean energies was only linked to the criterion of sustainability, because the cost and availability factors were still working against them (with the exception of hydroelectricity). Ten years later, when I launched my project to travel around the world in a solar plane, clean energies (solar, wind, biomass and geothermal energy) began to be readily available, but they were hardly competitive, without subsidies, compared to fossil fuels. Today, as their price has fallen by 80%, there is no longer any objective reason to debate the cost criterion. Photovoltaics has become the cheapest source, far ahead of fossil sources. It was recently trading at 1.5 cents per kWh on the Portuguese public market.

Yet the criticisms continue. Faced with the intermittence of the wind and the sun, a new criterion has become essential: energy must now be “usable”, in this case meaning we must be able to store it. It is true that this condition has not been sufficiently considered. It is now more important to look into the storage of summer heat underground and pumped storage in dam lakes, now possible on a large scale, compared with batteries and hydrogen, which are not yet available in large quantities.

This year at the COP, there is yet another requirement that comes into play. The conflict in Ukraine will undeniably have been its sad revealer: that of "security", or energy independence, which fossil sources are no longer able to guarantee. Only local, decentralized renewable production can reassure us, provided of course that we do not become dependent on other countries at risk for the supply of minerals.

And for those who have not yet understood that the answer is the same for the Russian energy crisis as for the climate crisis, let us remember that if we do not succeed in eliminating the current waste, energies that are "available, affordable, sustainable, usable and safe” will never be enough. The poor performance of energy consumption systems is responsible for the loss of three quarters of the energy produced. It is therefore appropriate to add "efficiency" to the list of criteria, which is good news since there are now a plethora of technical solutions to achieve a better result while consuming less.

However, it will take time for clean energies to replace dirtier ones. Way too much time. It is therefore not surprising that we are again talking so much about nuclear power as a low-carbon and essential transition solution, even if this energy no longer meets the price criterion and its radioactive waste does not make it a safe nor a sustainable source.

Let's also be careful that the urgency of the situation does not lead to bad decisions. During a conversation here at the COP with two representatives of the solar and wind industry, they expressed their unease regarding a proposal by the European Commission to further regulate the production of renewable energy. It would be a mistake. On the contrary, the European Union should transform this crisis into an opportunity to accelerate its energy transition, by facilitating the administrative procedures for the deployment of renewable energy projects but also, and above all, by letting the market act because these energies have now demonstrated their competitiveness.

The demands piled up ruthlessly. No one imagined that renewable energies would be able to meet them and that they would even be the only ones to meet all the criteria. Let's hope that 30 years after the Rio Conference, the mentality of the participants of COP 27 will have evolved as much as these technologies... 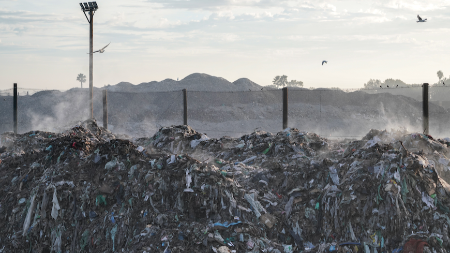 Cutting down Methane - our last best chance to keep 1.5°C within reach

The most recent IPCC reports tell us that we have three years to peak global emissions and start to rapidly bring them down. The 2022 UN Emissions Gap report paints a stark picture indicating that ... 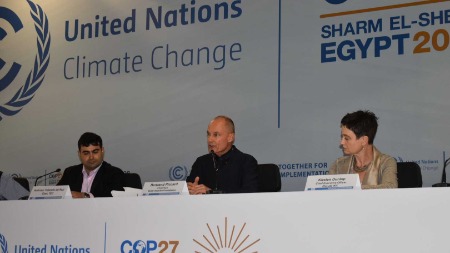