Not my COP of tea

Seeing the final resolution signed this weekend by the countries present in Sharm el Sheikh, and in the light of Glasgow last year, I wonder if a real failure is not better than a false success. Trying despite appearances to present a climate conference as a success is only a direct incentive to value mediocrity.

Last year, India and China demanded at the last minute that the words “exit coal” be replaced in the final text by “reduce coal”. The president of COP 26 had accepted, in tears, to avoid depriving the United Kingdom of the political success of which he dreamed. We could have expected him to have the courage to refuse this capitulation and to officially declare a failure. What an electric shock that would have been for the world! A call for real ambition, taking public opinion to witness. The organizers of subsequent conferences would never again have dared to take success for granted. But now, we can suspect it to be worse each time, since the parties involved understand that only the minimum is expected of them. This is how I understand the lack of ambition of COP 27 and how I dread the thought of the 28th.

After another year seeing the effects of global warming unravel, the 196 countries represented in Sharm El-Sheikh have failed to achieve the essential: to change the Glasgow agreement in terms of measures to combat climate change and reduce fossil fuels. The latter now come out of this almost reinforced, whereas the objective was precisely to make new commitments to reduce them. No progress either on the contributions determined at the national level (NDC) which are nevertheless essential at the operational level.

We stick to the Glasgow formulation: “accelerate efforts towards a phase-out of coal-fired power plants without CO2 capture, and inefficient fossil fuel subsidies”. India has proposed this time to add oil and gas, widely used in developed countries, to coal used in developing countries, to restore some balance in its favor. Rich countries should have done their part. No success. Oil and gas producers, who are ganging up on coal to gain market share, have managed to avoid being penalized.

Now we have seen it all. Some have even attacked the limit of warming at 1.5° to bring it to 2°, so as to be able to reduce their ambitions. Supported 15,000 km away by the G20 countries, the 1.5° limit has nevertheless survived, but the risk of exceeding it in reality increases every day. According to the latest IPCC report, global emissions would have to decrease by 2025 to have a chance of meeting it. The Sharm el Sheikh agreement is far from contributing to this. Countries that are not in line with this trajectory are simply softly invited to reduce their emissions by the end of 2023. Projections currently lead us to an overheating of 2.8° and COP 27 has clearly done nothing for us protect it.

To hide the failure in the field of emissions reduction, there is talk of a historic success in terms of repairing the damage caused to vulnerable countries by industrialized countries. With an insignificant contribution to carbon emissions compared to rich countries, the nations of the South, those who suffer the most violently from the impact of climate change, have been demanding for thirty years that climate-justice be done. A promise of compensation of 100 billion dollars per year has been hovering for several COPs without anyone having seen the color of it. This time, the vulnerable countries pushed hard, refusing from the start of the conference to vote on an agenda that did not include this subject. After fierce negotiations, the creation of a fund for loss and damage was decided, although it is still more of a statement of intent than a plan of action. It is still a strong symbol because it recognizes for the first time the need to financially help the most vulnerable countries to cope with the irreversible damage of global warming. Even that was hanging by a thread, since China wanted to be counted among the vulnerable countries as it became the world's second largest economy!

What should be changed in the COP system to make them more effective? Stop focusing only on the problems that seem impossible to solve without penalizing the economic development of the participants, and instead put on the table all the available solutions. Discussions could then focus on the choice of the best solutions depending on the country, and the profitable investments that they would generate. Isn't that more appealing? 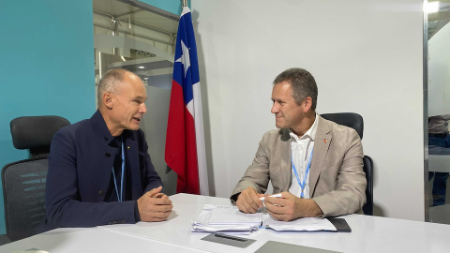 Ministers,You are arriving for the second week of COP 27 to breathe new life into the negotiations, and we expect something different from you than what we have seen for a week.In recent days, Euro... 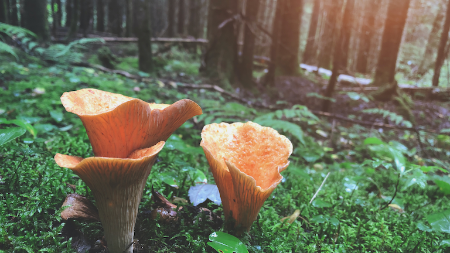 For too long, biodiversity has been the oft-ignored ugly twin of climate change. This is partly explained by the fact that there are concrete technical solutions aligned with the notions of the mar...