The Sun under the Sea

The four poles of our planet, North and South, high and low, have always fascinated explorers. The Antarctic and the Arctic saw Amundsen and Scott compete at the beginning of the 20th century, then Peary and Cook. When in 1953 Hillary and Tensing reached the summit of our planet, Mount Everest and its 8'848 meters, there was only one pole left to conquer: the Mariana Trench at a depth of 11'000 meters, buried in the middle of the Pacific Ocean, between Guam, Japan and the Philippines. Like all great challenges in the world of exploration, this goal became a race between several countries, including the USA, Japan, France and... Switzerland.

My grandfather Auguste had already invented and tested the first Bathyscaphe, his submarine for the abyss. With the help of my father Jacques, he had built a second one, the Trieste, in which father and son had reached 3'150 metres in the Mediterranean, an incredible feat at that time. But they were still a long way from the fourth pole.

That was the only goal my father had in mind. Not so much for the triumph, more to prove that the technology was ready, and above all to look for signs of life in the deepest sea pit, where governments wanted to dump their radioactive waste. The environmental stakes were enormous.

To get there, my father found the necessary means with the U.S. Navy and dived with a U.S. Navy lieutenant, Don Walsh. After several successful tests at intermediate depths, they were ready for the ultimate dive, the one that would take them to the depths of our world. On January 23rd, 1960, they entered the steel sphere attached to its giant float and heard a team oceanographer shouting at them again: “You must find traces of life down there; the fate of the oceans depends on you!”

And that wish came true. After eight hours of descent to the bottom of the Mariana Trench, at minus 10,916 metres, while the capsule was receiving 1,150 kilos of pressure per square centimetre, the beam of the searchlights illuminated a flatfish about 30 centimetres long. If he lived there, on the sand, it was because currents brought oxygen to him from the surface, where, necessarily, they then went back up. The absolute proof that there was a natural mixing of the oceans, even at the bottom of the abyss, and that this would disperse radioactive waste in all waters of the world.

That day marked the beginning of the ban on using sea pits as radioactive waste bins. For me, still a child at that time, it was the demonstration that scientific exploration had to be at the service of environmental protection. A state of mind that would stay with me forever.

My father liked to dive, just as I like to fly, to discover and protect a wonderful world. He devoted his whole life to it and still built several submarines. He often spoke to me about his fascination for the "Sun under the Sea", explaining to me the magic of this encounter, on the surface of the oceans, between light and the micro-organisms that make oxygen for living beings. For example, the fish he had observed at a depth of 11 kilometres existed thanks to the sun. A sun whose energy seeps into the total darkness of the abyss to make life possible.

Exactly 60 years ago, the fourth pole was conquered and saved. But what about the Earth itself? Humanity continues to dump its wastes into Nature, its plastic into the oceans and its CO2 into the atmosphere. The future continues to get darker for the inhabitants of our Planet. The geographical poles are melting, Everest is littered with tons of rubbish and Victor Vescovo, who recently returned to the Mariana Trench, found pieces of plastic.

To stop destroying the Earth and its four poles, to stop endangering our living space and our quality of life, we would have to discover a fifth pole: the inner pole, which we could call Consciousness or Wisdom.

The world of exploration is not short of new dimensions to conquer. Who would like to embark on this race?

This article was originally published in La Croix (in French). You can read it here. 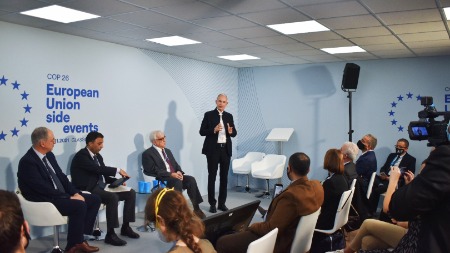 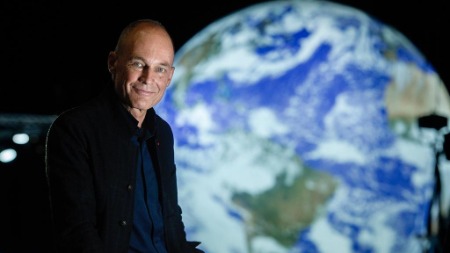