Climate activists should call for solutions as much as denounce problems

Climate demonstrations are vital, but they tend to point too much to what is going wrong, rather than to the solutions to be implemented.

In Glasgow, last weekend was not quiet. Already on Friday, thousands of young and old, often with their families, responded to the call of the Fridays for Future movement, initiated by Greta Thunberg, to demonstrate in parallel of COP26. On Saturday, nearly 100,000 protesters - according to the organizers - gave voice despite the pouring rain. At the heart of their demands, climate justice, that is to say the immediate implementation by the rich countries, responsible for the problem, of measures to help communities already affected by climate change in developing countries. Such protest movements have also occupied the streets of more than 200 cities around the world, with varying degrees of success.

These popular demonstrations have a real impact, in that they give governments, often wary, the opportunity to make more ambitious commitments. In the Canton of Vaud, Switzerland, parliament passed a motion recognizing the climate emergency in March 2019, after climate strikes took to the streets on several Fridays in a row.

However, these movements tend to focus only on problems, with strong supporting slogans and images, using uncompromising language. "1, and 2, and 3 degrees, it's a crime for humanity!", hammer the activists. Though now that the problems are known, I think we would go faster, if the demonstrators instead called for solutions be put in place, since they exist. Talking only about problems brings anxiety, a feeling of helplessness, which often leads, paradoxically, to inaction.

The Solar Impulse foundation proposed to one of the Climate Strike groups to join in its demonstration in order to speak for solutions together. The organizers told us that they did not want to promote technologies. In their eyes, we were too oriented in this direction, whereas they promote low-tech, degrowth. I also got a message on Twitter saying:

“No environmentalist uses the word solution anymore.”, And during a radio talk, another activist told me, “You give hope by talking about solutions, when there are only problems ".

A future of magic technologies?

I agree that “tech-savvy solutionism” is dangerous. The obsession with setting-up magical technologies in the future that do not yet exist today, believing that they will solve the situation, leads us to wait for tomorrow rather than act today. It is unacceptable to hope that new solutions, such as carbon capture, will allow us to continue to emit all the CO2 we want. Worse still, some are putting their hopes in geoengineering, such as the idea of sprinkling nanoparticles in the upper layers of the atmosphere, in order to reflect more of the sun's rays and thus cool the atmosphere. This amounts to unbalancing nature twice, cooling the atmosphere to compensate for warming the effect that we generated on our own. These are sorcerer's apprentice methods, and luckily not many people support them.

From this angle, the current protest movements maintain a regrettable misunderstanding. Eliminating the very notion of a solution dissuades us from using all the techniques that already exist, which often come from common sense. Renewable energies, which have become cheaper than fossil resources, the renovation of buildings, efficient heating thanks to heat pumps, waste recycling, waste heat recovery or even circular economy processes are just a few examples.

We will move forward much more quickly by freeing ourselves from extreme attitudes, by rejecting both outright contestation and excessive technological solutionism, in order to encourage the technical solutions that exist today and which have proved their worth. The voice of young people is fundamental, as are popular demonstrations, but their message would be more effective by chanting "Solutions, solutions!" " 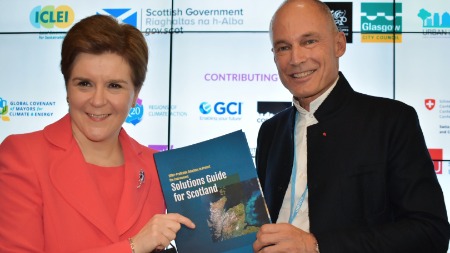 THE TOPS AND FLOPS OF COP26. It took a long time for the heads of state present at the various COPs to commit to doing something. Today the goal is clear, but achieving it remains to be determined.... 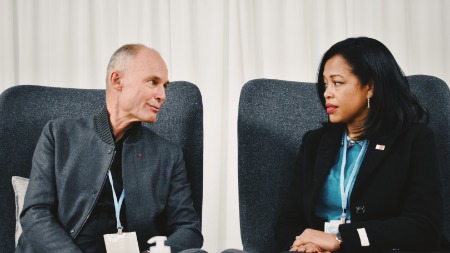 THE TOPS AND FLOPS OF COP26. COP26 addressed the issue of adaptation to the effects of global warming. How should we understand it? Is the fight already lost? Is it already too late to prioritize p...