So, what remains of COP21? Above all, a lot of frustration. But far from being useless, this frustration helped to make a step forward. It is what made it possible to move the lines. Only, not as expected.

At COP21, in the middle of Solar Impulse's round-the-world tour, I took part in these 10 days of discussions that the world was desperately waiting for. I saw how every semantic detail, every comma, was bitterly negotiated. How the balance of power was played out around a surprising agreement between Obama and Xi Jinping to become climate leaders. And the final outburst of joy when the 195 heads of state and government pledged to keep the rise in atmospheric temperature "well below 2°C, if possible 1.5".

All countries pledged to bring forward within 5 years a list of commitments called "Nationally Determined Contributions" expressing their maximum efforts. To ensure support from the most vulnerable countries, which accused rich nations of being the sole source of the problem, a Green Climate Fund of $100 billion per year was to provide them with the necessary assistance to adapt to climate change.

You can see that no one was in the avoidance of the problem anymore, as if the fight was already lost, but only in the attempt to reduce its effects.

Five years after this immense surge of hope, the observation is irrefutable: the climate problem has grown exponentially, while our efforts have grown in a linear way, widening the gap between what we should be doing and what we are actually doing.

The next four climate conferences, despite the efforts of their organizers, shattered the international consensus, with many countries in irreconcilable situations. How do Danish wind turbines fit in with Saudi oil wells? Within Europe, Polish coal with Spanish photovoltaics?

So, what remains of COP21? Above all, a lot of frustration. But far from being useless, this frustration helped to make a step forward. It is what made it possible to move the lines. Only, not as expected.

In Paris, the States were ahead of the economic world and companies were resisting. Today, we are seeing precisely the opposite. With nothing moving forward - except CO2 emissions and youth strikes - local and private actors are taking over the problem. Some regions, such as Scotland, have announced that they want to achieve carbon neutrality 10 years before everyone else. Companies are forming green coalitions, in fashion, shipping, industry, digital and finance. American states oppose Trump and decide to unilaterally follow the Paris Agreements. Cities took the measures they could at their own level to get out of the paralysis. Yes, frustration has awakened the world, 5 years and a few gigatons of CO2 later.

This welcome reaction from the capitalist world must outpace the ecological movements to avoid the radicalization that we feel is looming. It is very likely that by not taking into account the well-being of the people and their living environment, the current system is in serious danger of being swept away by a wave of green and popular protest. Let us remember Tsar Nicholas II who said, "I have done everything for Russia" to Lenin who replied: “Yes, but nothing for the people”. It is vital to speak the same language.

I think there is a problem of perception of the issue. Climate change is for many a problem that is distant in time and concerning future generations, difficult to comprehend today, very expensive to solve, and for which we would have to sacrifice what we value most in our lifestyle. It is not easy to pass on such a pill. Wouldn't it be more tangible to talk about the very visible problems in the short term: air pollution that kills 8 million people a year? The depletion of natural resources, the tons of waste abandoned in nature, and the financial risks this represents? The imperative need to solve by efficiency the immense waste of our current society? The danger of the inequalities and social chaos the world is facing? In spite of everything, the merit of climate change has nevertheless been to bring the planet together in Paris.

Something else has changed in the last 5 years: the spectacular profitability of clean technologies and renewable energies. In half of the world, photovoltaic electricity is now cheaper than fossil or nuclear power, and investments in resource efficiency can pay for themselves through the savings. There are hundreds of solutions in all areas of industry, energy, mobility, agriculture and buildings that both protect the environment and generate wealth and jobs. To do so, decision-makers must become aware of this and adopt much more ambitious environmental standards in order to bring these new technologies to market.

The problem is precisely there: our legal framework is based on old and inefficient technologies, allowing polluters to claim that what they are doing is legal. There are regulations in the areas of health, education, and justice... But everyone can still release as much CO2 as they want into the atmosphere, catch as many fish as they want and exhaust the reproduction cycles, or burn oil at will. The unpredictability of legislation and the risk of distortion of competition prevent industry from spontaneously investing in cleaner production. This situation is nonsense both environmentally and economically.

In order to move forward, it is now necessary to align popular pressure that frightens, solutions that reassure and an ambitious legal framework. May the frustration of failure push us there. 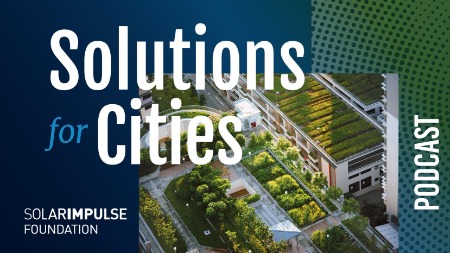 Episode 1 : The Solutions for Cities Podcast

This is a podcast that dives into how cities are undertaking their green transition, the obstacles they face and how public authorities, private entities and the common citizen can work together to... 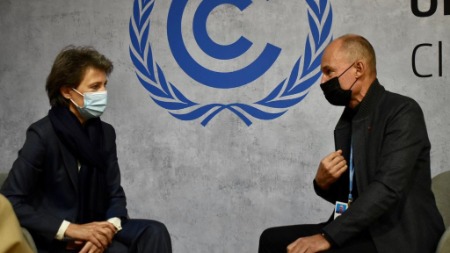